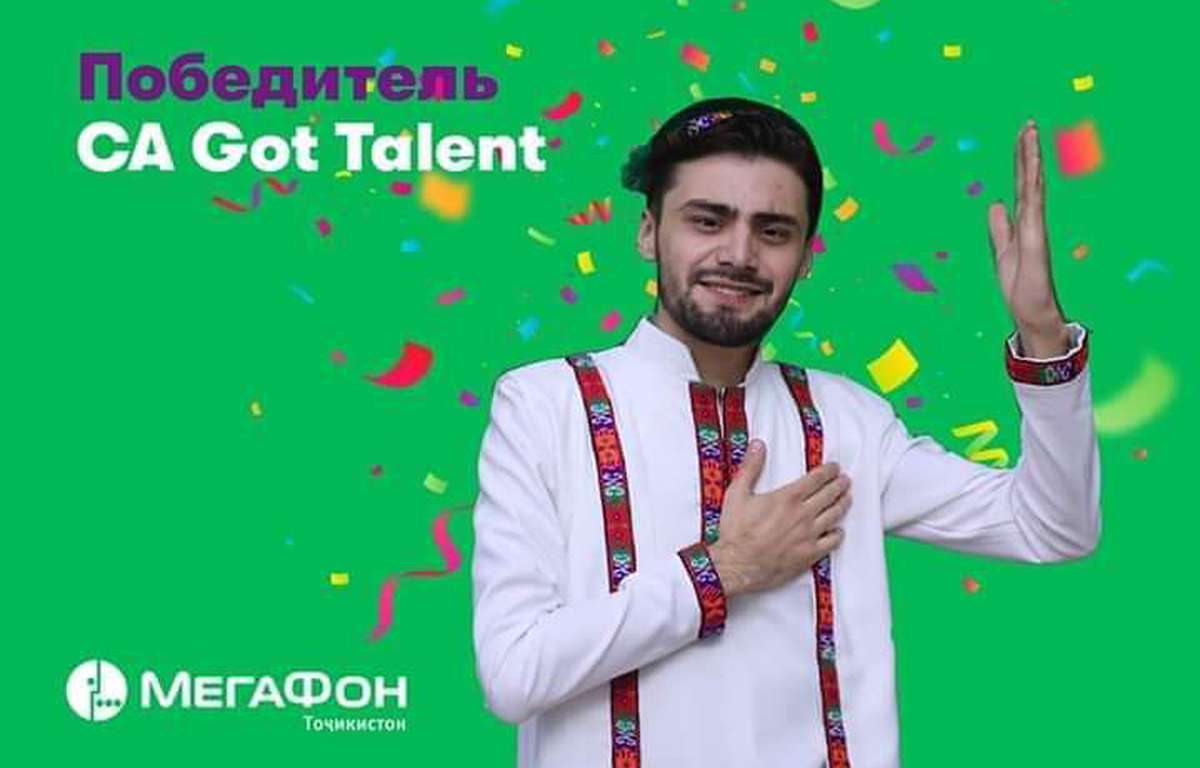 Chorshanbe Alovatov won the "Central Asia's Got Talent" show, the final round of which held on December 22, 2019 in Kazakhstan. He was awarded with ten million kazakh tenge (~26 000 USD).

"Central Asia's Got Talent" -  is a talent show where attended the most talented stars from Tajikistan, Kyrgyzstan, Uzbekistan, and Kazakhstan to show their talent. In the final stage of the competition attended 12 partispipants, and Chorshanbe Alovatov was one of them. Chorshanbe is a singer and performed traditional song of the people of Pamir. Fortunately, he was rated as the most talented participants and won the prize!

We sincerely congratulate Chorshanbe Alovatov with this huge achievement and wish him good luck in his career and  all the best!